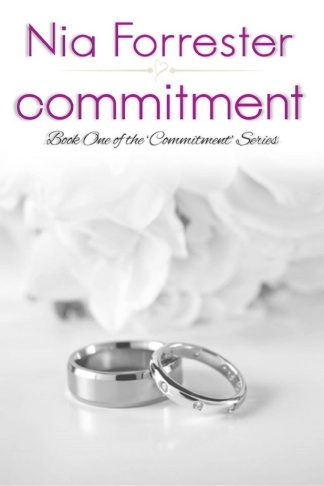 “When I’m with you, I’m with you. And what happens when I’m not with you doesn’t matter.” That was their deal. And it worked. At first.

When Riley is assigned to interview a world-famous performing artist, she expects to meet a shallow, arrogant jerk showing off his cars and latest jewelry purchase. But Shawn Gardner is anything but shallow and in spite of herself, Riley is intrigued. What develops is something much more than either of them bargained for.

But can a headstrong young woman with a head full of ideals remain true to herself in the male-dominated and materialistic world of hip-hop? And can a man used to getting his own way in all things learn how to deal with a woman whose will and sense of independence is as strong as his own?

But soon Riley and Shawn find that learning how to deal with those differences may be the very least of the challenges that lie ahead of them.

No matter what he did, the itch didn’t go away. And the more he thought about her, the less it was about ego. He remembered sitting up in bed, Riley astride him so it was difficult to see where he ended and she began; her arms locked about his neck, and his face between her breasts. She had trembled from the intensity of it, her breath soft and ragged, brushing the shell of his ears. He remembered how later she laughed at something he’d said, throwing her head back, completely herself and unconcerned about how she might look, but how she looked was beautiful, her face flushed and almost glowing in the dim light. He remembered her dark, intense eyes fixed on his while they moved in unison, like she wanted to see right through to his very soul.

Most of all, he remembered feeling like he was making love to her; even though they’d just met, nothing about what they did could be called fucking. So he wanted to test his memory – had it really been that good?

So finally he gave in and called her. Shawn remembered the sound of her voice when she realized he was on the other end – the little trill of pleasure that she tried to conceal. They talked for a few minutes about the scheduled release of the article she’d done on him. She told him that her editor had liked it so much he’d decided to make it the feature. He told her he would be in town and offered to do a photo shoot for them then.

“I’ll pass that message on to our folks here,” she said. “But I wouldn’t be the person who’d set that up,” she added.

There were a few beats of silence, which he struggled not to fill with words of persuasion. If they were going to do this, she would have to meet him halfway.

That second time, when they met, she was almost shy. She’d come to his suite at the W and seemed not to know whether to hug him, kiss him or shake his hand. He’d cleared up that confusion right away.