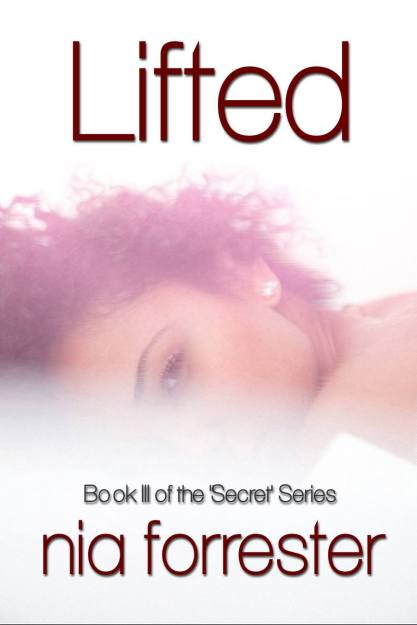 Anzu’s gaze lifted from her nails to Tessa’s face. “Lots. Why?”

“Lots? Is that what you just said? Lots?”

Anzu shrugged. “Yeah. But that was a long time ago.”

“It’s not the kind of thing that comes up in casual conversation, if you know what I mean,” Anzu said her eyes dropping once again to her nails. “I have a long and storied past as a high school floozy.”

Tessa sat back so she could look Anzu directly in the eyes. And before she could stop it, her mouth fell open.

“With guys, yeah,” Anzu said. She shrugged again. “Look, I was a Japanese girl from a very traditional family, growing up in conservative Orange County. How the hell was I going to tell my first generation Japanese-American parents that I was having dirty thoughts about blonde cheerleaders?”

Not too much rendered Tessa speechless, but for some reason this did. Of course, she knew that the path to self-acceptance was rocky for far too many lesbians and gay men, but very few of her friends had ever shared their coming-out stories. Coming-out stories were more of interest to straight people. If you were gay, it was the same ol’-same ol’.

“So you had sex with them? These guys?”

Anzu looked her directly in the eye. “Yup.”

“But …” Tessa replaced the cap on the nail varnish and watched as Anzu began blowing on her fingernails to dry them.

“Why?” Anzu finished for her. “Is that what you’re about to ask? Because I was determined to be straight, that’s why. It was like my little secret afterschool project. Screw as many guys as I could until I started to really like it. Why d’you think LGBT youth have some of the highest rates of unplanned pregnancies?”

“Well did you ever? Start to like it I mean.”

Trying to make eye contact with her friend, Tessa realized after a few failed attempts that Anzu didn’t want to. Finally, she got up and went into the bathroom and after a moment, there was the sound of running water. Anzu was running cold water over her fingers to help speed the process of setting the color.

“Why’re you so curious about hetero sex all of a sudden?” she asked without answering Tessa’s question. “Are you …?”

There was a long pause, and then Anzu was sticking her head out of the bathroom, her eyes as wide as saucers.

“No!” Tessa said quickly. “Why does everyone think that Ty and I..?”

Anzu leaned against the doorjamb and stared at her. “You serious right now?”

“Yes, I’m serious right now! I want to know precisely why everyone thinks that Ty and I could be screwing. Particularly since I’m the gayest person you know.”

Anzu laughed. “Let’s not go overboard on the ‘gayest person’ stuff. Just because you sleep with a lot of girls doesn’t mean …”

“Stop.” Tessa held up a hand. “I think I’ve heard this speech. From Lisa, remember?”

Anzu came back to the futon and sat cross-legged directly in front of her, shaking her head. “I’m not about to say anything as vile as that bitch said to you. I’m just sayin’, it’s not about what’s here …” Anzu indicated her crotch. “It’s mostly about what’s here …” pointing at her head, “…and here.” Her heart.

“What does that have to do with me and Ty?”