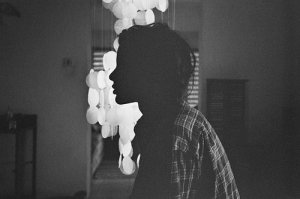 Last night, I was inspired by two posts made in a shared Facebook writers’ space that I’m a member of (the Writers Review and Support Resource Group), I decided to go digging for some of my old work that I’ve never published. I found lots of pieces that will–justifiably–never see the light of day, a few that might be worth sharing with some polishing, and some that I’m not quite sure why I left them behind.

The thing of it is, writers have dozens of voices in their heads almost all the time. Characters whose voices you can hear as clearly as though they stand next to you whispering in your ear. But you have to be selective. Some you listen to, others you leave behind. Not because their voices aren’t valuable and poignant and full of promise, but because there are, after all, only so many hours in a day, a week, a month, a writer’s life. Deciding which to leave behind is very difficult. You want to listen to them all.

My little exercise in creative archaeology last night yielded a story, a voice I listened to for awhile a long time ago. It is the voice of a young woman who is deeply alone, living in less than perfect circumstances, feeling unwanted and yearning for something better. She makes a bold step to find her something-better and steps into a world of people whose lives could not be more unlike hers. I called this story, ‘In the Nothing’.  And the main character’s name is Trinity, because I felt she was three people in one — the person she is in her world, a rough and underprivileged section of Washington DC, the person she is in the rarefied world of Upper Northwest DC where the more privileged reside, and the person she is deep inside.

I don’t know why I decided not to finish Trinity’s story. Maybe her voice fell silent for awhile. That happens sometimes. Now I feel like I’m ready to listen to her and finish her story, probably sometime in the fall. But for now, I would love for you to meet Trinity, one of the ones I–for a time–left behind. Get to know her here.

8 thoughts on “The Ones We Leave Behind”