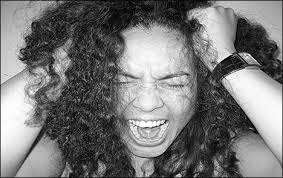 I’ve never been a fan of the sequel, and even less so of trilogies. In fact, with the exception of J.R.R. Tolkien and Sir Arthur Conan Doyle, I’m not sure it’s ever been done well. So with that said, it will probably come as no surprise that the recent rash of romance and erotica trilogies drive me insane. One author has been promoting an eight-part Fifty Shades-esque series online, which frankly boggles the mind. My theory (and I use that word intentionally, because of course, reasonable minds may differ) of story-telling is that as writers we should create the impression that we’ve dropped in on the lives of our characters just for a spell. Like an omniscient being, we open the door and peek in, taking a look and sometimes hearing their thoughts. But only for a little while. We journey with them for that brief moment in time and then quietly shut the door, leaving them to carry on.

My issue with sequels is that they destroy the illusion that our characters do in fact carry on, and reinforce the notion that they actually don’t exist unless we are witnessing their lives. In a factual sense, we know that to be true, of course, but the illusion of their reality is what makes characters compelling.  The books that have moved me the most are the ones that permit me to imagine what happened after I’m done reading it. It’s like pining for someone you’ve met, with whom you fell in love a little, but who you will never see again. Sequels and trilogies hammer you over the head, inundating you with more and more information and situations until you finally grow weary and fall out of love, moving on to another book, another author, another fictional love-interest.

Don’t get me wrong; it’s incredibly flattering when someone reads something you’ve written and ask you for more: I want to see what happened next! My reaction to that is always to say, I don’t know what happened next. Nor should I. What do you think happened?

The idea of revisiting a character over and over again, dropping in on their life repeatedly would feel a little like stalking to me. I would much rather open my omniscient writer’s eyes, survey the universe and see who else might be worth dropping in on. There’s nothing more delicious than that feeling, like discovering someone new and falling in love all over again . . .

Woman-Centered Fiction Writer, commenting on books, culture and the human condition. View all posts by niaforrester

One thought on “More, more, more: A Word on Sequels and Trilogies”